I had Uncle Tetsu’s cheesecake! And it was good. The secret is to line up at eight in the morning. EIGHT IN THE MORNING. Even then, my friend only waited a mere 45 minutes — as opposed to the minimum two hours. So there you go, that was a pro-tip for your next attempt at acquiring Toronto’s latest fad.

Before tasting it, I had balked at the idea of waiting so long for a six-inch cake, but I kinda get the appeal now. It’s very different from North American cheesecakes. It’s lighter and fluffier, many have said it’s like a cross between a sponge cake and soufflé, but it’s also very subtle tasting — plain tasting, I guess — which I liked.

Come August I imagine the line to the bakery will more than double as Uncle Tetsu will soon be introducing a matcha version of the cheesecake. (Can we just have a collective groan?) So, Toronto, there is no hope of the queue dying down by the end of summer. 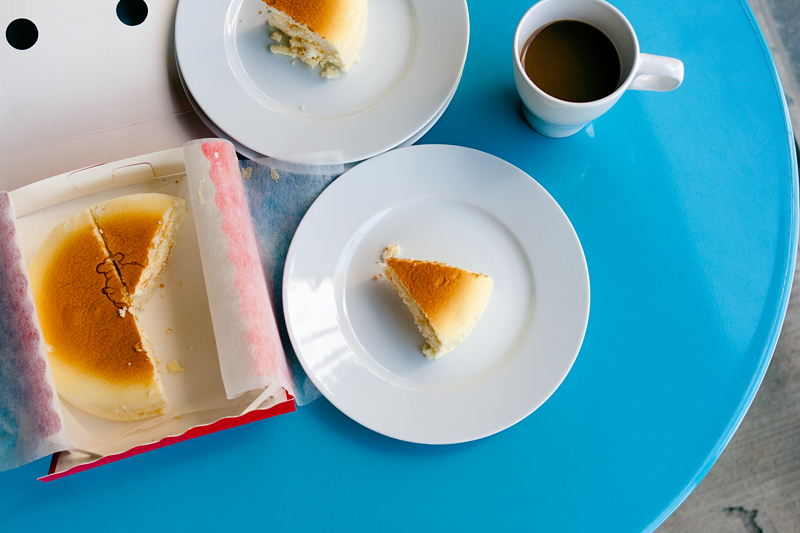